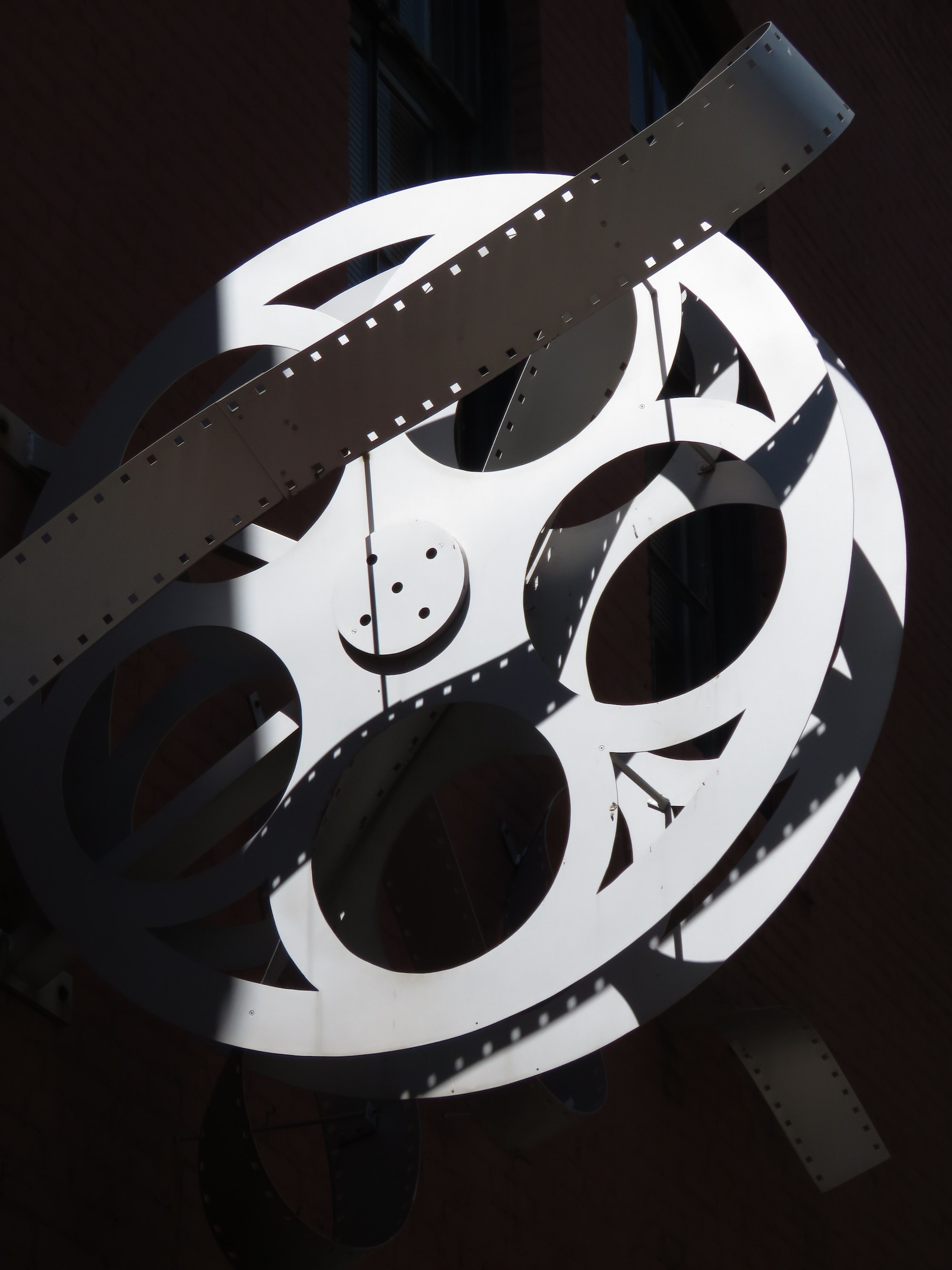 In 1960’s Poland, Anna (Agata Trzebuchowska) is ready to take her vows as a nun. However, the Mother Superior insists that she visit her last remaining relative before dedicating herself to God. Anna’s aunt, Wanda Gruz (Agata Kulesza), is so many things Anna has not experienced: city-dweller, court judge, worldly woman of life’s indulgences. At first, Wanda is emotionally distant and terse, droppingquick but heavy truths. She refused to adopt Anna when she was orphaned, Anna’s parents were murdered during the Nazi occupation of Poland, and Anna was actually born as Jewish child Ida Lebenstein. After this touch-and-go introduction that nearly fails, the two women embark on a journey to find Anna/Ida’s parents’ graves. This journey makes up the bulk of the film.

Visually, this black and white film is absolutely stunning. The use of light, shadow, and framing is magical and precise. Warm toning adds to the perceived age and intimacy of the film. The framing gives the audience the illusion of being immediately present, looking through doorways, from a nearby seat, or over tables at the action happening around us. The attention to details and textures of the skin, jewelry, drapery and clothing add to the immediacy. Everything is intentional without feeling overly deliberate. If you can imagine the soft richness of a Wes Anderson film without the loud colors and character antics, you’re approaching the aesthetic. The scenes move in large, static pauses that create moments of quietude and thoughtfulness, enforcing the action and words of the characters. Though the film depicts quite a large amount of traveling, no one is physically or visually jostled by the journey; the smooth ride allows everyone involved to consider the gravity of what’s unfolding and focus on the nuances of expression and language.

The film opens suddenly, no super or title card, just Anna’s focus on painting the face of a Christ statue in a large, light-diffused shed. This lack of context allows the audience the same vantage point as Anna: we see the story unravel at the same rate, who and where she is, why she is here. We are able to participate in the same watchfulness and insights. She is as unknown to us as one of Steve McCurry’s subjects and just as captivating. She is an audience member in her own life. Because of this, I argue that the film is actually about Wanda. This story would not exist if Wanda had not changed her mind, going to the bus station to retrieve Ida after their brief and fumbled introduction. Wanda is the only reason we know Anna is Ida; Wanda is her only remaining relative and the only one who acknowledges and uses her legal (or perhaps dead-) name. Wanda’s convictions about life quickly pull us into the transformation of Anna to Ida, of her unknown past being real and necessary to her being. These convictions even make their way into the title of the film, setting the audience up to expectat Anna to metamorphose into Ida, to take the mantel Wanda holds out. Ida does not exist without Wanda, and Ida’s history of family trauma does not exist without Wanda either. Anna’s feelings and character are nearly impossible to read throughout the film, but we can clearly see Wanda as calculating and intentional. She is quick to use her government status as a tide changer when interviewing locals about her departed family. She promptly understands peoples’ intentions through their role and language. She’s incredibly practical. In a later scene, we watch Wanda eat a light breakfast, adjust the phonograph, and carefully put her cigarette down before taking drastic measures. No sense in wasting a cigarette or changing the world on an empty stomach. We seeclearly a woman who has experienced many, many difficult things in life and yet knows she must maintain composure and decisiveness to make action happen. She is the liaison through which Anna experiences the stark world outside the convent.

How these women present themselves is just one of the many varied and wonderful dichotomies in this film. Church and state, rage and compliance, welcome and avoided, subjective and objective, participating and watching, revenge and forgiveness. Anna is a dutiful nun abstaining from all things worldly in order to detach herself from society and devote herself to religion. Wanda is a Jewish resistance fighter turned prosecutor turned judge, constantly and quietly seething about the injustices in the world, distracting herself from her life through vices. Anna is asked to bless a baby, merely by virtue of her appearance, in the same scene that Wanda is threatened off of a property. The richness of Wanda’s life, chatting closely and dancing with new men, enjoying live music and hard-to-get cigarettes, dripping with her indulgence of life’s casual experiences, is in stark contrast to the cloistered life Anna leads. The convent is a woman-centric community but devoid of any physical or emotional intimacy, almost awkward in the forced ‘separateness’ of each woman, dotted by scenes of wishfulness or wanting by Anna, especially after experiencing Wanda. Visually, the framing further separates Anna and Wanda. A particularly pivotal scene moves between frames that focus on Wanda’s upper head and face,interacting with frames of Ida’s lower face, chest, and saint medallion. Wanda’s unseen, churning thoughts play against the allusion of Anna’s complacent non-judgemental piety. In fact, Anna is a dichotomy in herself- she is also Ida, the once-lost Jewish child who is suddenly expected to experience, rage, seek, and reconnect. There is a point during the film in which Anna chooses to step into Wanda’s shoes and live in a way Ida may have been expected by her aunt. She wears her aunt’s clothes, smokes, drinks, puts her hair down, experiences closeness to others and lust. Anna tries on Ida for a day, solidifying the differences between their existence, or perhaps non-existence.

These interactions between Wanda, Anna, and Ida can lead into an interesting discussion about personal and generational trauma. Ida is a catalyst that forces Wanda to reconcile the death of her family, to finally seek out truth and closure. But at what cost? Anna’s sudden appearance at Wanda’s doorstep opens old wounds in ways that are damaging, especially as Wanda does not really have a supportsystem. Generational trauma is thrust upon Anna early in the film, and keeps piling on; she has no idea she is Ida, who Ida should be, that her family was not only murdered but murdered due to international political unrest, and that despite her convent upbringing her heritage is Jewish. Losses that affect the whole country are touched on; houses stolen from Jewish tenants, the loss of rabbis, the neglect of Jewish cemeteries, the erasure of long-lived families due to their religion. Even scenes unknown to both characters add to the emotional luggage for the audience: Ida/Anna sharing her departed mother’s love of art, Wanda wishing Ida would uncover the red hair she inherited from her mother, knowledge about the family deaths that are known to one character but not another. Trying to hold space for it all is a lot. The audience is forced to ask if Wanda and Anna/Ida reconnecting is truly worth it. Is digging up bones of the past the best way to heal and move forward? In some ways, we see the rest of the world through this lens; what is the best way for humans to heal from the atrocities that have happened in this war, and how will the trauma trickle down? I don’t think there is a finite answer. Wanda and Ida’s story is one of a potential many, and through this film we can pinpoint the moments they chose specific ways to react to their pain. One of these is the final scene. At the end of the film, there is a sudden shift; the quietude is broken. We watch Anna walking back to the convent. The camera jostles ahead of her, as though the camera man is walking backwards, struggling to keep up. What seemed to be understood has been broken and is unlikely to be repaired.

Overall, I deeply enjoyed this film. Aside from being visually delicious, it is a wonderful option if you’re looking to have some brain-bending discussions about inherited expectations, the way trauma informs actions, and how pivot moments create what-ifs and alternative endings. Before watching, please be aware that this movie does include a non-violent, non-graphic suicide. The quality of being historically set and shot in black and white does allow some abstraction, helping the audience distance themselves and stay emotionally regulated. It is an experience that is satisfying to consume but takes a bit to digest.