Over a late afternoon pint in the snug at McFleshman’s Brewing Company, I had a wonderful conversation with Allison McCoy Fleshman, who co-owns the brewery with her husband, Bobby Fleshman. We talked about how music, the arts, and creating a space for dialogue are essential aspects of their authentic public house. This regular column will highlight area businesses that make the arts a part of their identity.

Appleton has a thriving live music scene, so it was natural to start the conversation with how McFleshman’s is a part of it. “So much starts with our taproom manager,” Allison relates, “we have this fantastic person that is just epic in picking music for our audience. Jess–she is not only amazing behind the bar, but she has this network of local, regional, and touring bands that she brings in. Bands from right here in Appleton, Green Bay and Madison, Nashville, Seattle, Denver… just amazing.” The excitement in her tone of voice rises as Allison continues, “something great about all of this is our early Saturday afternoon music. You can come here, three, four o’clock, and if it is cold out, we will have an intimate singer/songwriter set–like MTV Unplugged–with artists sharing stories between songs. And, if it is warm out, we can have them out in our beer garden throwing down solos.”

“Isn’t it weird for the bands to be playing… when it is light out?” I asked.

“No, not at all!” Allison responds, “This is a market we want to capture. Bands that come here, well, they can play here in the afternoon and then at another bar at night. They get two sets a day, with a nice break in between, before packing up their van again. And for the people who come out to listen to music on a Saturday, they can see a show at McFleshman’s, grab dinner and a drink and then go see another show at a different venue. We love having this time slot. It’s ours.” She pauses, “what’s the expression? We peed on that lamppost.” Allison has me convinced about this strategy.

“So, I get how music is important,” I lead on, “but the [visual] arts play into McFleshman’s mission also, right?”

“Be right back. Let me get something,” Allison replies. She comes back with an arm full of pint bottles, each with a custom label, many I recognize by style as local artists I know. “We are a public house. A true public house. No televisions. No commercials… this is an escape to just enjoy the local culture. And so, we have commissioned local artists to create the labels for our beers.” Allison pulls forward a few beers, “this one is by Cori Bartz. She made this painting of Hildegard of Bingen, this amazing nun / doctor / botanist. Wrote Gregorian chants. Her writings also first documented hops being added to beer. So, this is our HildyPils. This other one, Pirates Cove,… done by Leif Larson. It is for people who are craft curious. It is an entry point into what we do, with a taste that they are more familiar with, and is a flagship beer of ours. Pirates Cove, there was this neighboring building that burnt down next door in… 1982? Lots of our current patrons come in here and say that they got drunk in that bar and can’t remember much of it,” she laughs.

One thing that impresses me about the way the owners of McFleshman’s have not only reached out to some of our local artists and partnered with them on these beer labels, but that there is so much thought, lore, and reasoning behind it all. This isn’t just a commercial cash grab but is instead clever and authentic. When Allison moves to the next beer, I needed no introduction to it. It is the one that has fsm. on the label, an Imperial Stout-Inflection Point. The label is a representation of a salon exhibition of paintings–hung floor to ceiling–with topics that are of change, diversity, resilience… I recognize a few of them as paintings that hung in the “100 days” protest exhibition that I proudly facilitated years ago. It was good to have them attached to something I am working on again.

“We did this whole series, six variations… it was Alex Schultz’ idea…” Allison relates. “Each of the beers in this series is about different people bringing perspectives that enhance community engagement and are socially active in wanting change. So, they get a beer! We do beer and have this public house. A place to facilitate conversation. Similar to how fsm. creates a space for the artists to talk.” She totally gets it.

I cannot let the conversation go without talking about the murals outside, even though our talk has gone on for twenty minutes, I can tell things are going to be getting busy soon, and I’m feeling a buzz from the pint. “So… the murals…”

“We, Bobby and I, want people to vote,” Allison states. “We were going to hire some Lawrence University kids to plaster Rock the Vote all over the side of the building but then Rachel Crowl says she’s got a guy. Chad Brady. We had never met Chad and were on our way to Oklahoma when I texted him if he could paint Rock the Vote on the side of the building.” “Cool,” he responds. “Do you like Bowie? Can I jazz up the mural a bit?” “So, we said sure, this is what we can afford. Came back and couldn’t believe what we got,” Allison laughs. “It is that point that we wanted to embrace beautification in our area. Next we got the RBG mural, from Julie Jilek. In her own mourning process she reached out to us and we said sure!”

“You know, there is the unspoken question,” Allison brings up, knowing one of the reasons that fsm. was born. “We do use social media, but we don’t like living by a headline. You know, how do you convey identity to a community in so few words? We are so much more than that. Social media does not sell well the people that make up a space.”

I could not agree more. Over a pint and nearly a half an hour, I learned so much about the pub, the background and interests of the owners, the respect they have for their employees, and the way that they continuously give back to the community. Tips aren’t accepted here–they pay their employees a living wage. If any money is left on the bar it goes to charity. They have built a space that is made for conversation and not commercialization. It is a hangout for artists and students, and after a concert, you may find members of the Fox Valley Symphony there. And I totally get why. This place understands that integrity is important. 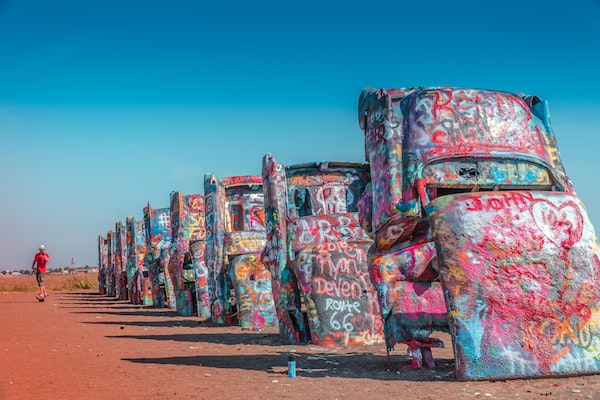