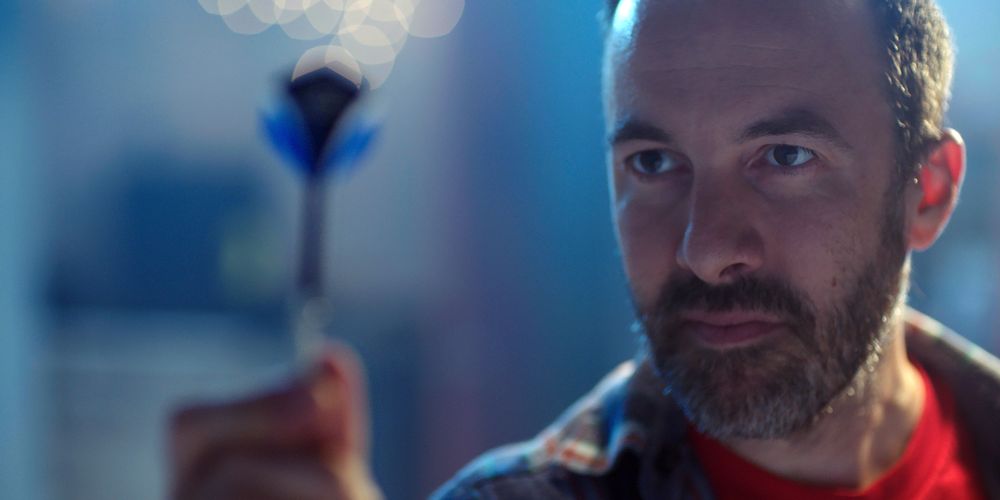 by Jim Berg and Tim Lonsdale

My short film, ‘Cricket,’ premieres at the Milwaukee International Short Film Festival on September 10th at the Avalon Theater. The journey to get my film made has taken eight years.

I’m a screenwriter who lives in Appleton–and while Appleton ‘ain’t’ exactly a hotbed for screenwriters, I have worked with Meg LeFauve (writer, Inside Out), Joe Forte (writer, Firewall), and Robert Schwartz (director, Iron Will).

I also taught screenwriting part-time (one class a year) at Lawrence University – and that’s where I had the original idea for the film. ‘Cricket’–the latest version, the ten-minute short–opens with Finn and Sam enjoying drinks, cigars, and a backyard fire. It’s been a year since Sam’s wife died, and they’ve gathered to salute her. A Freudian slip by Finn, however, creates an awkward moment –and Sam can’t shake the idea that Finn may have slept with his wife. It haunts him–and over the course of the evening Sam tries to discover the truth.

The original version of ‘Cricket,’ however, was a 25 page script. (Which translates to about a 25 minute film.) Initially, I organized a stage reading in Minneapolis: The actors were great, the audience enthusiastic, and I was elated. I didn’t, however, have a producer, a director, or a budget. The project just sort of went silent and died. Film projects have a way of doing that. Going silent and dying.

The characters in ‘Cricket,’ meanwhile, didn’t go silently. Didn’t die. They demanded more attention–they hounded me at the strangest times–so finally I obliged them and fleshed out their stories. Let them come alive in a feature length script. Think Sideways. Or Juno. Or Little Miss Sunshine. Think edgy fun. But that isn’t the easiest pitch to Hollywood or potential investors. They want horror or action or super-heroes.

So, again, the idea to film the short came to life. Film the short, springboard from the success of that to raise money for the feature. And I had a team this time–Catherine Tatge, an industry producer, who I met at Lawrence, and her son, Julien Lasseur, a talented, young director. Of course, in traditional Hollywood fashion, complications ensued. In the midst of our nascent collaboration, Julien became a top ten finalist in Project Greenlight, a documentary television series that gave first-time filmmakers the opportunity to direct a feature film. Needless to say, his energies were directed elsewhere. Again a film project simply went silent. Dormant.

And then I met Tim Lonsdale. (Ring the bells, cue a chorus of ‘Hallelujah’) Tim is a Wisconsin native and absolute film industry warrior. His vast list of credits includes Stranger Things, Charmed, Alien: Resurrection, Speed, and Moscow on the Hudson.

Tim is the ‘Hollywood’ in ‘From Hollywood to Wisconsin.’

Semi-retired, Tim has returned home to enjoy life and make films that he finds intriguing. We met over tap beers and chili dogs at a dive in Oshkosh (ah, the glamourous film life) and he agreed to direct ‘Cricket.’

The film premieres in September–but we hope that’s just the beginning. We hope to appear in festivals across the country and (fingers crossed) to shoot the feature. And since making a film is a totally collaborative creative experience, I’ll hand off the article to Tim now and let him wrap up the loose ends and tell the story of how our humble short film actually got made. The journey continues...

Thanks, Jim, for the marvelous opening. You’ve done a fine job in summing up the background of the film, and the story itself. Your journey reminds me of an adage I heard once upon a time in L.A.—Hollywood is the only town in the world where you can die of encouragement. I’m sure you felt that way. I know I did, with a screenplay I wrote years ago. I sold an option to Paul Bartel, who wrote, produced, directed and starred in Eating Raoul, a dark comedy with quite a cult following in the ‘80s. I went up to his house in the Hollywood Hills twice to take notes on rewrites. He was proud of the three David Hockney paintings he owned, which, he said, he was able to purchase based on the money he made from Eating Raoul. But, he said, the annuity from that was running out, and he needed another. That was going to be my script. So, I completed a second rewrite, presented it to him—and a couple weeks later, at the age of 61, he died of a heart attack. Probably not as a result of my rewrites. But I digress.

Over two years ago, when Jim and I decided to go forward with “Cricket,” I knew I needed boots-on- the-ground here in Wisconsin. My friend Ross Bigley, whom I’ve known for years, is a filmmaker in Milwaukee. Ross has written/directed/produced over fifty short films and at least three features, all on no/low budgets. I was very happy when Ross agreed to be our producer.

Jim lives in Appleton and I live thirty miles west of Oshkosh. Conference calls among the three of us ensued.

The script called for three sets—two main sets with actors and dialogue, and one that was just an empty bedroom at night, but a set was needed. The main sets were a backyard fire pit, and an artist’s studio. First question—where do we shoot this? Appleton? That would require location scouting with a minimum of Jim, Ross, me and a Director of Photography. My place? Actually perfect in terms of logistics—all three sets are available, ready to go. But—Appleton and my place would both require hotels and per diem for crew members (assuming most would come from Milwaukee) and probably actors, unless they were cast locally. This meant spending money. In my previous film- making world, by the time I signed on to a project the money for it was already in the bank. This would be different—every penny to shoot this would come from Jim and me. And neither of us have Hockney paintings hanging in our homes. We decided to shoot in Milwaukee—we’d be the only ones needing hotels.

We needed two actors. With the help of my Assistant Director, Jaimelyn Gray, we held casting sessions via Zoom and were able to find two excellent choices for our leads. And after going through a short list of DP’s that Ross assembled, we landed on Jon Kline, who turned out to be just what we needed. And happily, Jon was able to bring along his favorite editor, Chad Halvorsen, who was amazing and has become my favorite editor. And through Ross’s years of experience and contacts in MKE, he was able to assemble a small but stellar crew, in every position. One of our crew, Shun Powell, also owns a studio in MKE. Serendipitously, his stage was ideal, and outside, he had trees and grass—a perfect place for a fire pit!

We set a shoot date—and then the COVID-19 hit the fan. For two years, we did Zoom rehearsals, Zoom production meetings, Zoom everything...until last October, when we finally put it in the can after a two day shoot! 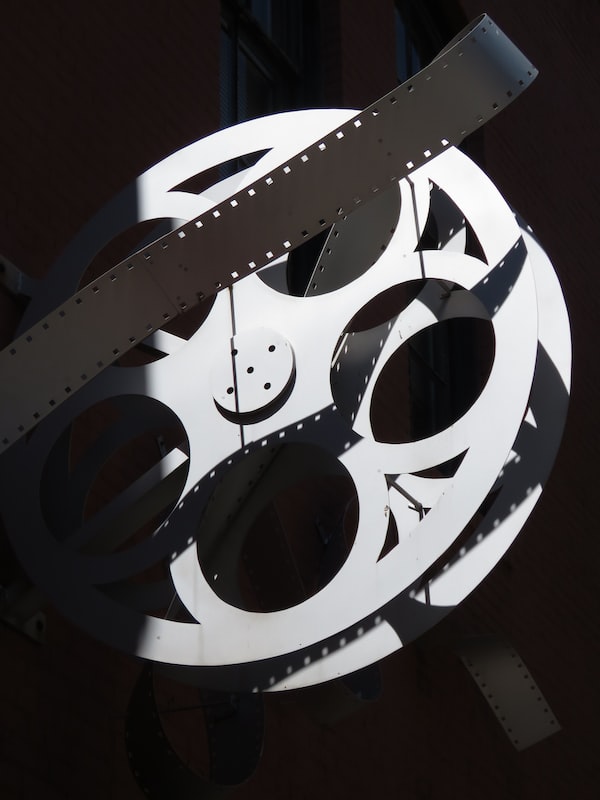