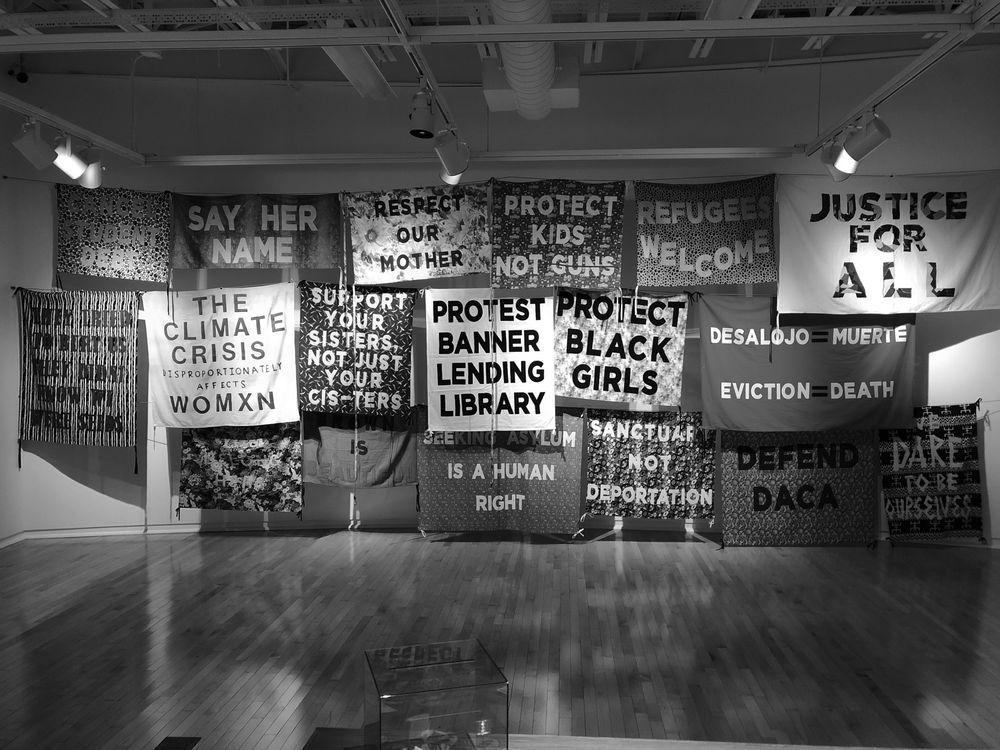 I am an artist and an art professor at St. Norbert College in De Pere. I have always believed that artists occupy a critical place in society and that artists must be active and engaged citizens. Art can be powerful when addressing pressing issues, speaking truth to power, and bringing others into the conversation and empowering them to act. Throughout my career, I have created work both implicitly and explicitly addressing politics and policy, but recently I have begun to focus specifically on the intersection of art and democracy in my teaching. As an art educator, I have been working to bring creativity and agency to civics education through the arts. One main source of inspiration is the work of the American educational reformer and philosopher John Dewey. In 1939 while witnessing the rise of fascism in Europe, Dewey wrote an essay titled “Creative Democracy: The Task Before Us,” in which he concludes: “The task of democracy is forever that of the creation of a freer and more humane experience in which all share and to which all contribute.” (1) Dewey believed that democracy was more than a political system. He believed in democracy as a way of life. He also believed that for democracy to be fully realized, it requires creativity. We live in a time like the one Dewey witnessed. We have witnessed our democracy directly attacked, a rise in political violence, and our civil society under the threat of authoritarianism fueled by polarization, conspiracy theories, and hatred.

In the past five years, I have begun bringing the intersection of art and democracy to my students and the community around St. Norbert College. I have curated exhibitions, engaged the campus in lectures with artists of national and international renown, created public programs, and specifically engaged my students in get-out-the-vote work. One prime example is a course I developed titled Art in a Democratic Society. This course was developed to cultivate creative civic engagement in students through a combined arts-based and service-learning educational approach. This undergraduate course was developed with three main components, an art studio component, a political theory seminar component, and a service-learning requirement. The service learning requirement of the course was designed to bring an active and experiential understanding of the basic mechanisms of our democracy beyond the abstractions of democratic theory explored in other aspects of this course. The course’s first iteration was offered during the 2020 U.S. Presidential Election and has been offered each year since, including this fall during the Midterms. Students in this course study artists and artworks engaging with notions of democracy, take part in our campus get-out- the-vote efforts and engage in election-related service projects like becoming poll workers, engaging in non-partisan canvassing, and phone banking, as well as studying and discussing theories of democracy throughout the course. They do this while making art in response to the various course materials and discussions. In each offering of this and other similar courses, I have a virtual lecture series so that students can hear directly from artists and organizations from around the world working at the intersection of art and democracy or focusing on civic participation in their practice. This course and its iterations are designed to address the major components of what has been defined as a robust civics curriculum, as defined by organizations like the Center for American Progress, among others. A robust civics curriculum is often defined by the inclusion of comparisons of democratic systems worldwide, an understanding of the founding documents of democratic theory and practice (for example, the US Constitution and the Bill of Rights, among other documents), and a component of experiential learning through civic service. My courses do this, along with the added component of examining democracy through the lens of art and creativity.

As an artist who has pursued work that speaks to our political challenges, I have always believed that artists need social movements and that social movements need artists. This relationship between artists and social movements is often seen in the most visible ways. Artists are put to work making graphics, banners, or murals. In this way, artists often aestheticize the movements they serve. While this kind of work has created powerful graphic and political statements, I believe there is a much deeper and more impactful way in which the tools and training of artists and designers can be put to work in the service of democracy. I believe, as Dewey did, that creative democracy is the task before us. As Mary Jane Jacob states when analyzing Dewey’s philosophy in her book Dewey for Artists, “as a creative act, democracy is perpetually unfinished, always in-progress.” (2) It is artists who inherently understand the condition of the ever-in-progress, and artists who have the agency to create the ever new within this state. Artists are also adept at bringing others into that process. As one student commented about the Art in a Democratic Society course:

My experience with the content of this class in relation to the political turmoil the country faces today has been extremely educational. It has opened my eyes to how artists and the younger generations have an immense impact on the future of politics.

We are living in turbulent times with multiple compounding calamities confronting us. As noted by organizations like the International Institute for Democracy and Electoral Assistance (IDEA), we are again entering a world that is becoming more authoritarian, according to their recent Global State of Democracy report. (3) To address the most challenging issues we face as a country and a global community, we need functioning governments that are responsive to the people’s will. In our country, we have hostile forces entering the political arena who are actively working to subvert the mechanisms of democracy by every means at their disposal. They attack through fear, intimidation, and a deluge of conspiracy theories and falsehoods. They are probing the weaknesses in the system as it currently exists and exploiting them. As succinctly analyzed by the organization Protect Democracy, they are using the ways in which our system advantages authoritarianism. (4) There are solutions to this crisis. Democracy is not meant to be static. Democracy requires change and adaptation to thrive, to work continually toward that “more perfect union.” We need a creative, active, and engaged pro-democracy movement to counter these undemocratic forces. Artists cannot sit on the sidelines. We must think critically and creatively and use the tools of our training to observe and critique, to reimagine and engage. We need to visualize the problems and work toward solutions. We need to imagine better futures and draw people into the conversation, encourage participation, and help people to see and act upon their agency. Through creativity and hard work, we can reinvigorate and reimagine what democracy can be and demonstrate how it can serve all people. As was true in Dewey’s time, creative democracy is again the task before us as we counter this new rise of authoritarianism and work to bring a vibrant era of democracy into being. 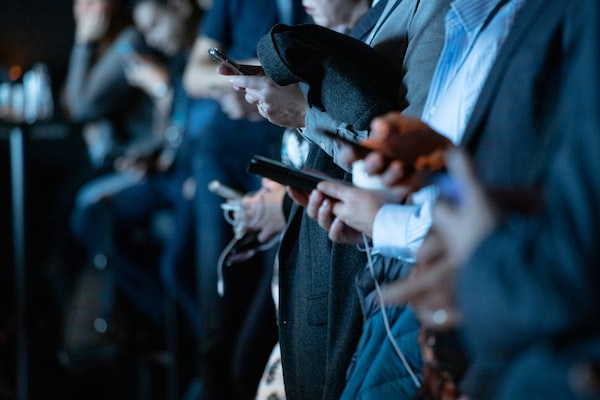 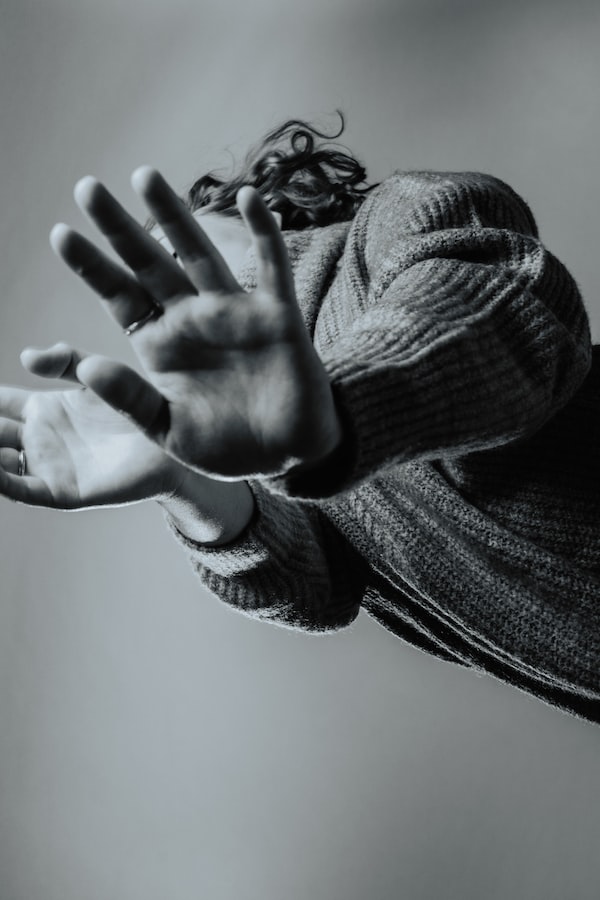